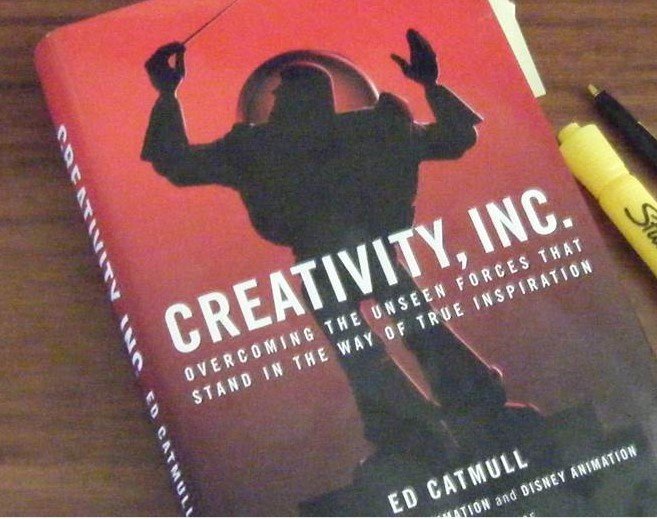 Saying you are creative doesn’t make you creative. Creativity, Inc. is a book for managers about how to build a creative culture. As Pixar co-founder and president Ed Catmull writes, “An expression of the ideas that I believe make the best in us possible.” An interesting easy reading book about creativity in business and leadership.

Inspired by Walt Disney, Ed Catmull dreamed of making the first computer-animated movie. Despite his interests in animation, he pursued studies in math, physics, and computer science at the University of Utah. Many decades before computer animation existed, an innovative Catmull began developing the programming to do 2D and 3D computer graphics. During this time, he met George Lucas and was recruited to work at Lucasfilm becoming vice president of Industrial Light and Magic’s computer graphics division, until 1986 when Steve Jobs bought it and co-founded Pixar with John Lasseter and Ed Catmull. Starting with Toy Story, followed by 30 Academy Awards, the rest is movie history with Pixar itself becoming an object creativity lesson. In the book, Catmull reveals the ideals and techniques that have made Pixar so widely admired—and so profitable.

The unique environment that Catmull and his colleagues built at Pixar, based on philosophies that protect the creative process and defy convention, such as:

• Give a good idea to a mediocre team, and they will screw it up. But give a mediocre idea to a great team, and they will either fix it or come up with something better.
• If you don’t strive to uncover what is unseen and understand its nature, you will be ill prepared to lead.
• It’s not the manager’s job to prevent risks. It’s the manager’s job to make it safe for others to take them.
• The cost of preventing errors is often far greater than the cost of fixing them.
• A company’s communication structure should not mirror its organizational structure. Everybody should be able to talk to anybody.
• Do not assume that general agreement will lead to change—it takes substantial energy to move a group, even when all are on board.

Catmull shows how Pixar’s success recipe results from connecting the specific little things they do to the big goal that drives everyone in the company: making films that make them feel proud of one another. A lot of these things can be replicated in any organization.

“The most practical and deep book ever written by a practitioner on the topic of innovation.”—Prof. Gary P. Pisano, Harvard Business School