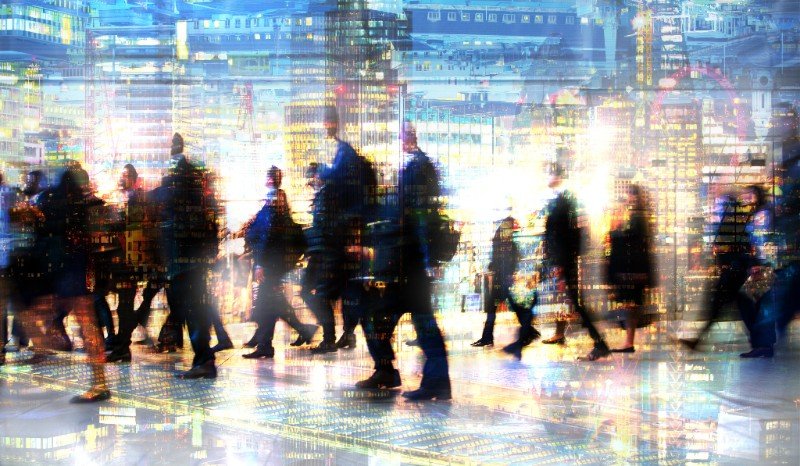 Interest Rates Set to Spring as Valuations Look to Fall

Facebook Twitter LinkedIn
Since February 3, 2018, when Jerome Powell succeeded Janet Yellen as the US Federal Reserve Chairman, the Fed has been poised to be more aggressive in raising interest rates from 3 to 4 times in 20181. We compare the Risk/Reward (Figure 1) benchmark curve (May 2005)2 against the 0% policy curve (Oct 2014) and the Current State (Feb 2018). 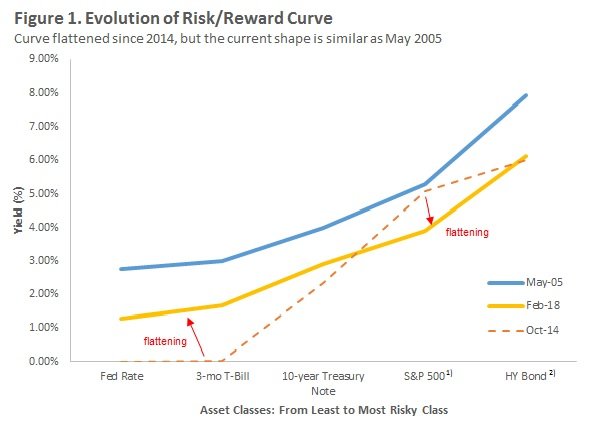 Due to the near 0% policy implemented by the US Fed since December 2008, the Risk/Reward Curve was steep, as illustrated by the Oct-14 curve3. As the US Fed increased the interest rate, the curve flattened. The equity risk premium had been over 5% as investors fled to safety, and has now reduced to 3.9%.
Assuming the US Fed increases the interest rate a further 3 times in 2018 as predicted by the Chicago Mercantile Exchange, we anticipate two possible outcomes (Figure 2). 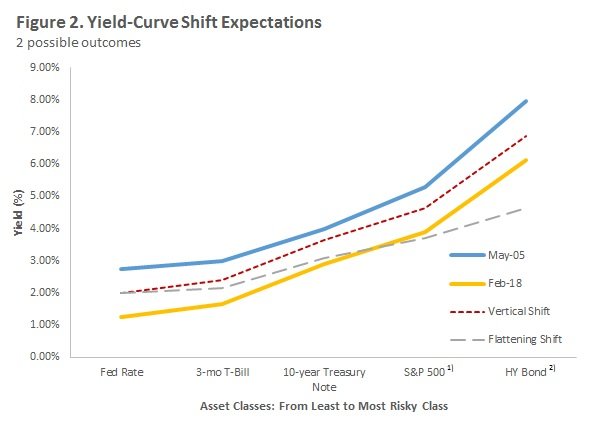 Possible Outcome #1:  Vertical Shift
Due to the similarity between the current curve and the benchmark (May-05), the curve may shift upwards. This curve movement assumes that investors will demand similar spreads to invest in riskier assets as they have historically. In this scenario we expect to see lower equity valuations and higher High-Yield rates as the curve moves up.
Possible Outcome #2:  Flattening Shift The recent evolution of the curve (Figure 1) supports a flattening shift as investors continue to rush into equities and High-Yield where they speculate aggressive growth in future earnings.  Consensus (Figure 3) shows how the earnings expectation has dramatically lifted to 25% CAGR despite GDP growth of 3.6%. In this scenario equity valuations remain high and HY-Bond yields drift lower amid the confidence in rapid growth earnings. The risk with this outcome: if the US Fed raises the policy rate too fast, there is a possibility for the curve to invert, a sign of recession. 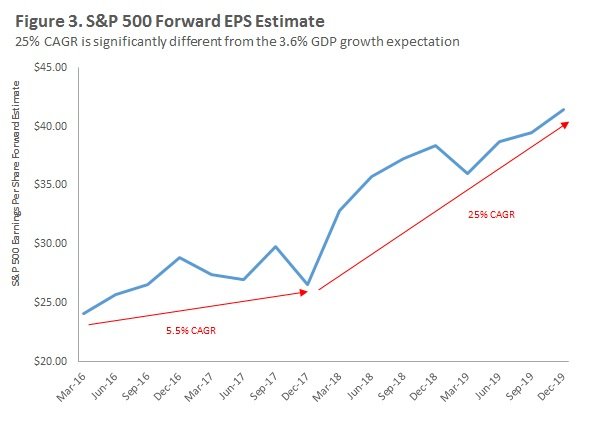 1 As estimated by the Chicago Mercantile Exchange (“CME”)

2 May 2005 is used as reference because economic conditions were at an equilibrium state. Some economic indicators at the time were: The Fed policy rate at [2.75% – 3.00%], the personal consumption expenditure target at 2.1% and the unemployment rate at 5.3%.

3 Tapering Program. On May 22, 2013, the US Fed Chairman Ben Bernanke stated in testimony before Congress that the Fed may taper (reduce) the size of the bond-buying program (Quantitative Easing) due to the improvement in economic conditions. The first reduction started in December 2013, from $85 billion per month to $75 billion. In October 2014, the Fed completed the taper program and officially ended the six-year long financial stimulus program.