Facebook Twitter LinkedIn
After nine interest rate increases since December 2015, the US Federal Reserve lowered the rate for the first time in July this year, followed by another deduction in September. Both the long-term and short-term interest rates are now at an almost 5,000-year historical low (Figure 1). 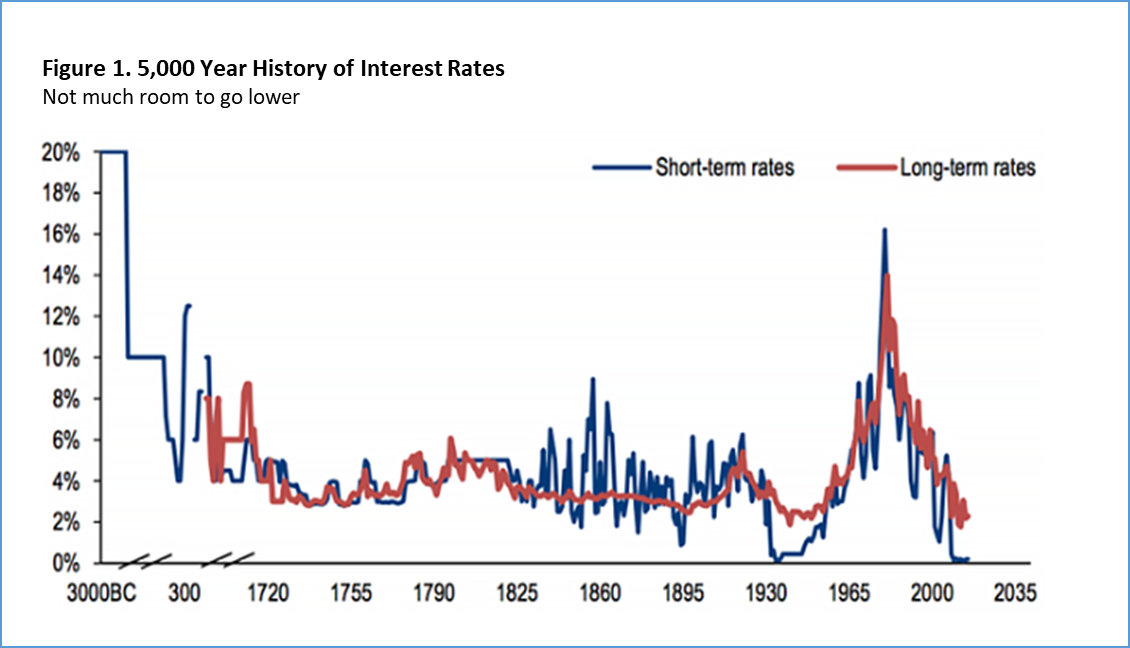 Looking at how the US yield curve moved this year, we not only see yields trending lower, but we also see that the yield curve is inverted and flattening (Figure 2). 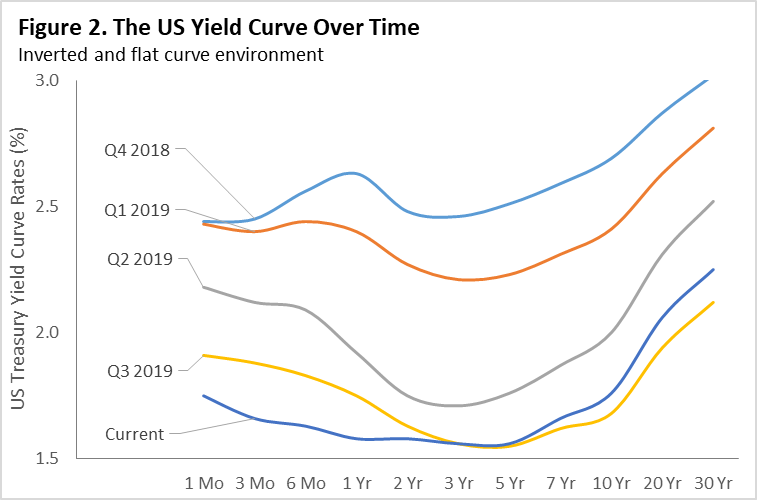 Sources: US Department of the Treasury

2019 has been an eventful year. Not only is it the eleventh year of US economic expansion, but there are also many issues around the world, such as the trade war between China and the US, the Saudi Arabia oil refinery bombing, political tensions in major regions around the world including Hong Kong, the UK and the potential US presidential impeachment. The US Fed has reacted to these events by making “insurance rate cuts” to ensure against downside risks stemming from weak global growth and trade tensions. However, as the US Fed cut rates, the yield curve has become flatter and more inverted since it first inverted in Q4 2018. These curve characteristics signal negative sentiment for the US economy. The uncertainties in short-term economic stability have led investors to seek safe havens in fixed income, thereby reducing current yields. Low yields on investment grade bonds pushed US investors to buy into high-yield bonds to maintain returns. However, in 2019, the high-yield market has become much more volatile. As seen in Figure 3, the yields of the high-yield market stayed relatively low in the first three quarters of 2018, displaying no correlation with the S&P index. However, high-yield market sentiments have completely changed since the equity sell-off in October 2018. High-yield bonds have since become negatively correlated with the S&P index, indicating that high-yield bonds are trading like equity, rather than as a fixed income product. Low rates are forcing investors to look at other fixed income alternatives. 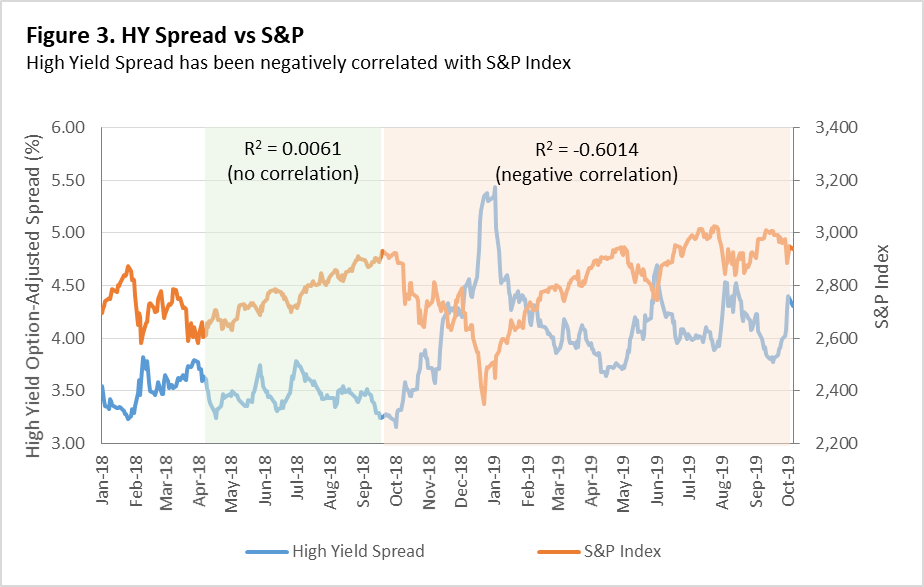 Investors are turning their attention to the growing private credit space to look for higher fixed income returns. Private credit has higher returns due to the illiquidity of the product and the inefficiency of the market. In the first half of 2019, the private debt market has already seen over 160% more capital raised than in the same period in 2018 (Figure 4). 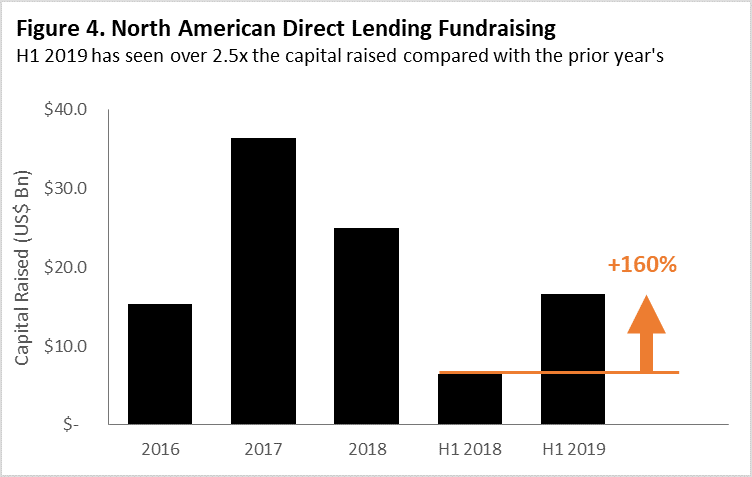 While lower interest rates will reduce the returns of private credit, market and liquidity premiums continue to generate superior returns as compared to other fixed income products.