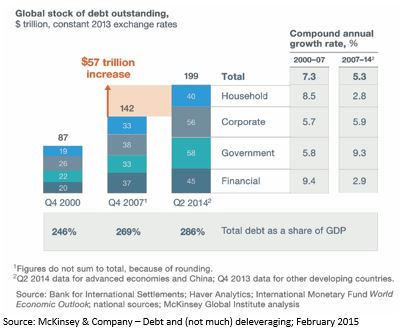 Since the Great Recession, instead of de-risking and deleveraging globally, corporations have accrued more debt on their balance sheets and allowed their credit ratings to downgrade.  Bond Capital believes that rising debt is related to quantitative easing by central banks around the world.  Policy makers from major global economies have lowered borrowing rates to historic lows, which has attracted businesses to borrow cheaply. 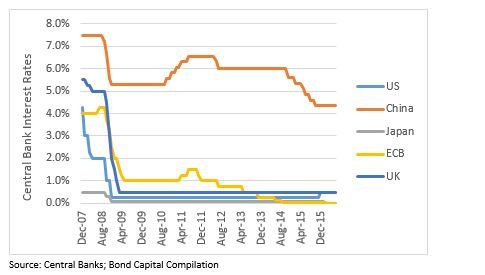 What is the problem?

Standard & Poor’s (S&P) credit rating agency released a report earlier this year commenting on the decline in the financial health of global businesses.  Highlights of the report include:
We remind readers that, under S&P’s definition, a bond is considered investment grade if its rating is BBB- or higher.  As a result, credit availability or supply is now lower in most markets.  At the same time, Bond Capital thinks demand will be at an all time high for senior debt. 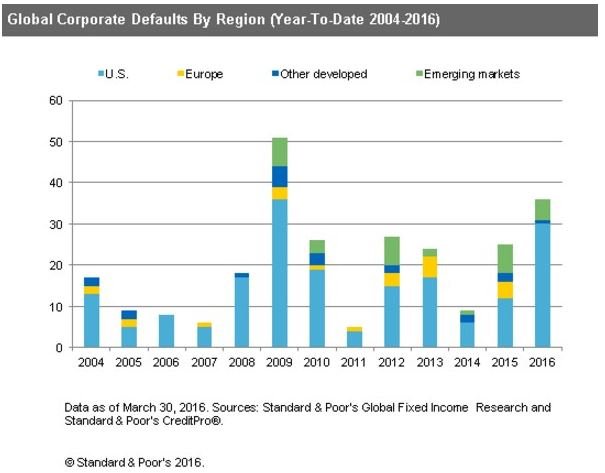