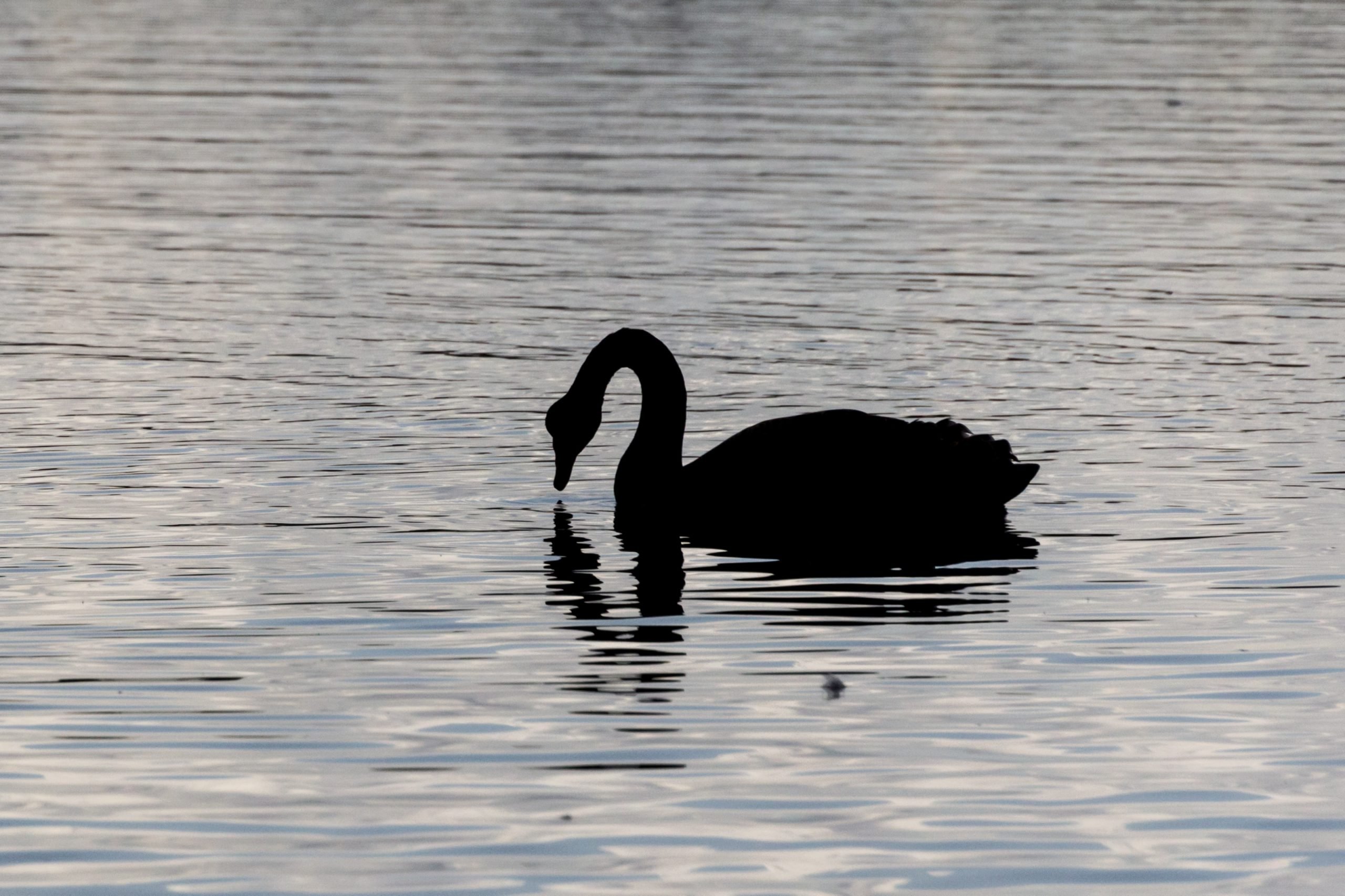 The Second Flight of a Black Swan

Facebook Twitter LinkedIn
The North American economy has experienced a prolonged expansion since the last US contraction during the Great Financial Crisis (“GFC”). After more than 10 years of expansion, COVID-19 has tipped the credit and economic cycle into contraction. As the second time in the last 10 years that we’ve seen zero interest rate policies from central banks, the economy may be in a debt trap which may take longer to recover from. Banks are focusing on existing customers, and these customers should take advantage of current liquidity provided by governments and banks while still available. New borrowing customers may have to rely on alternative lenders now and when banks retrench, existing banking customers may need to focus alternative lenders should additional capital be required.

Current events are consistent with a change in Credit Cycle. At the beginning of an economic expansion senior credit will be generally available and will be supplemented with more junior capital. In later stage expansions senior credit expansion will crowd into junior credit stratums. 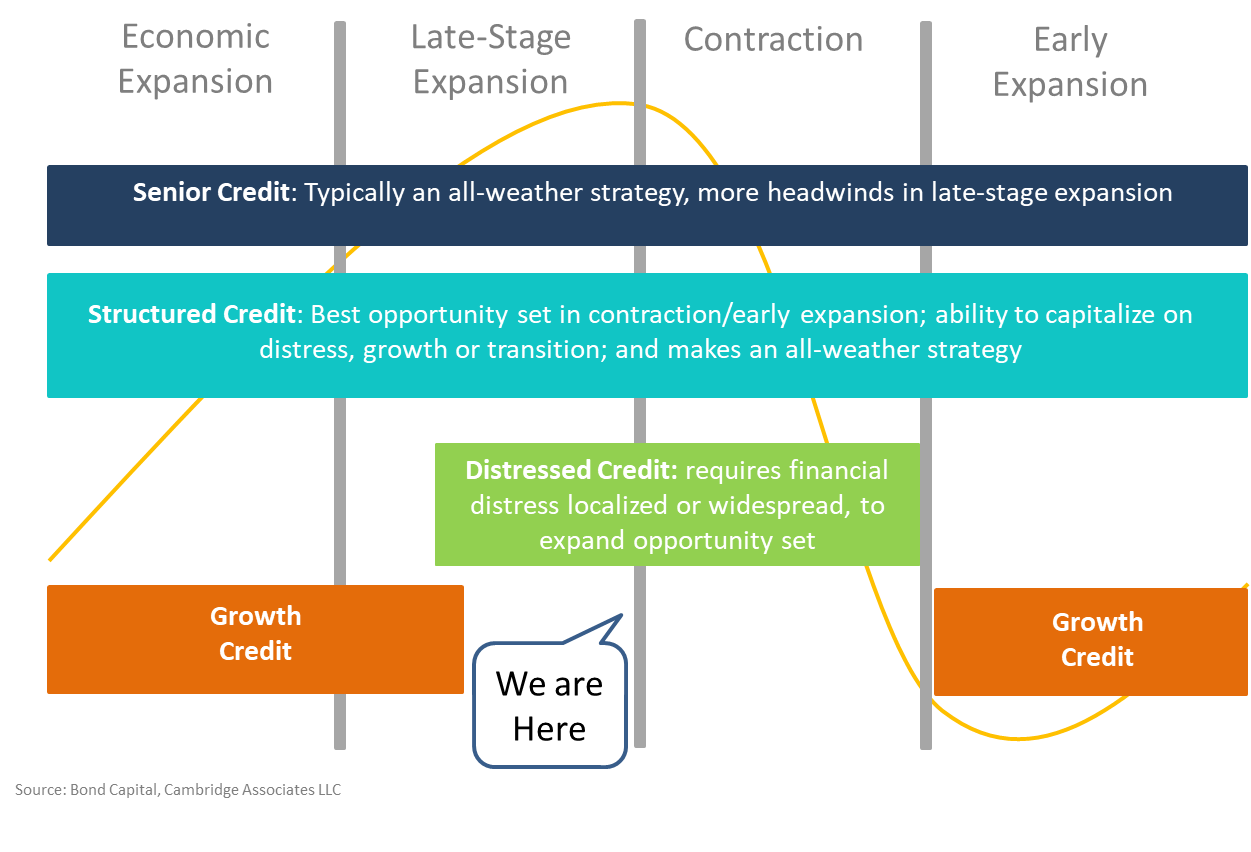 During an economic contraction, senior debt availability will diminish and junior and/or distressed debt will supplement or outright purchase senior debt facilities at discounts.  Finally, during an early expansion stage, junior capital will replace distressed debt until uncertainty recedes and senior debt becomes more readily available.  Given we’re at or just past the peak, how long should it take to recover?

This time may be a deeper and longer cycle.  As interest rates approach zero, the effectiveness of monetary policy via the transmission of lower interest rates to increase growth in the economy and thus inflation and employment is reduced, therefore, creating a debt crisis or debt trap.  Ray Dalio of Bridgewater Associates in recent publications notes that there are four means to resolving a debt crisis include: austerity, printing money to stimulate the economy, debt defaults/restructuring and wealth redistribution. 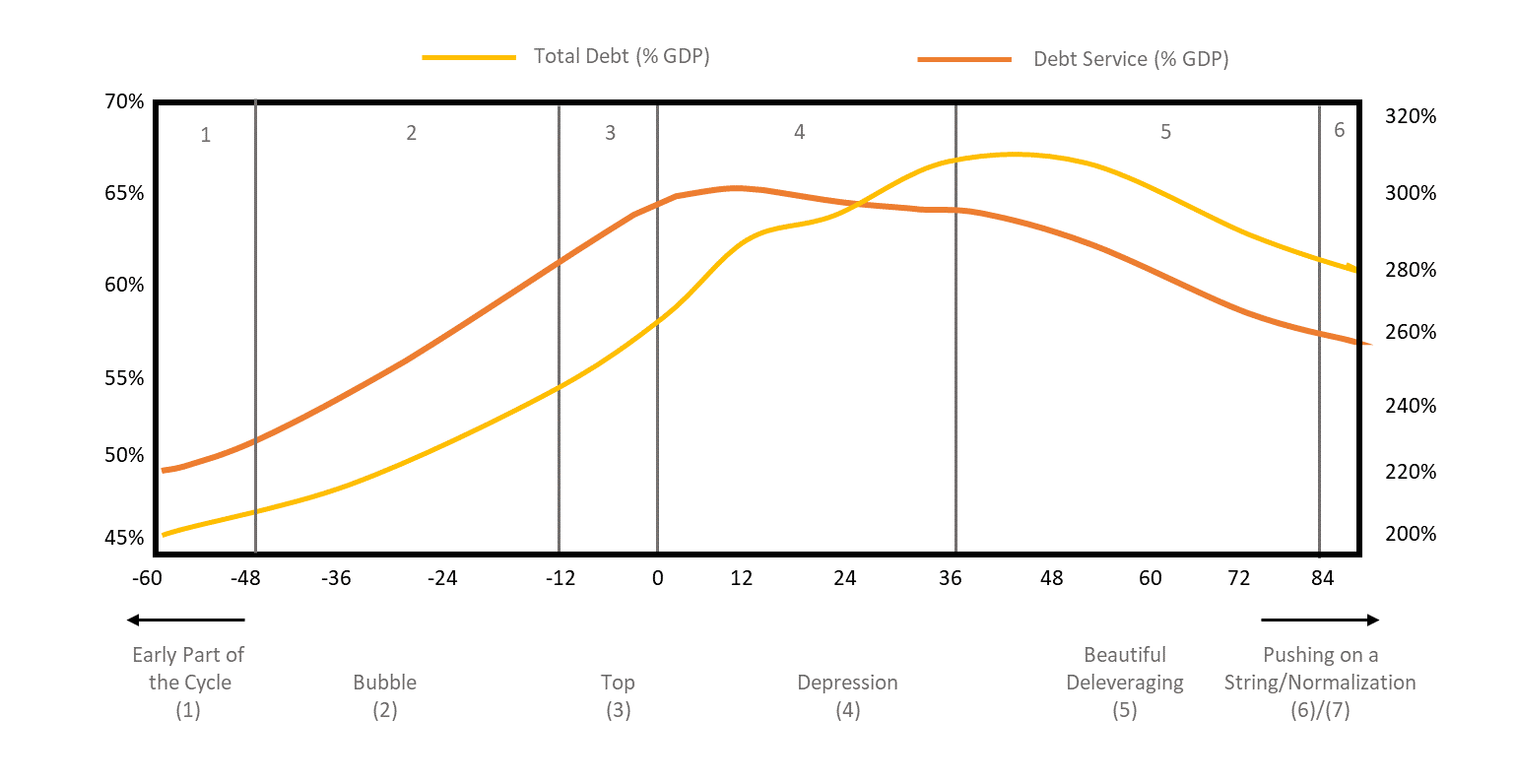 He notes that further interest rate reductions and debt issuances no longer boost the economy and likens these activities to “Pushing on a string”.  Dalio notes that a deeper cycle takes 5-10 years to resolve itself.  What will this mean for credit to the mid-market?

Credit will be readily available at first and astute CFOs will draw on all available liquidity before banks retrench. Following the great financial crisis (“GFC”) in September 2008, Canadian Bank credit actually grew substantially for the subsequent 2 quarters as customers drew down lines of credit and banks agreed to advance new funds to support key existing customers. 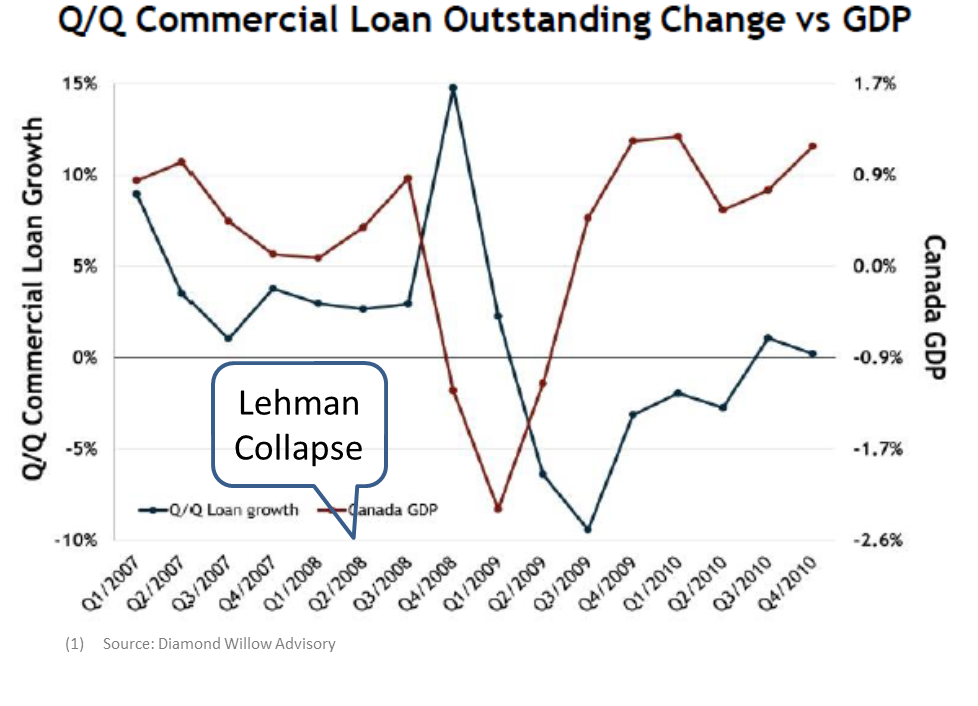 Following the initial liquidity increase the following quarters saw the banks withdrew credit from the market as their risk weighted assets increased and thus equity buffer to invest was reduced creating a $100 billion gap in Canadian commercial credit funding. We can expect increased credit availability similar to the GFC for a further quarter(s) taking into account of the larger fiscal stimulus now and then followed by a reduction subject to the growth rate of GDP which is expected to remain muted.

As the current catalyst causing a change in economic and credit cycles is not the financial industry there will be real repercussions for economic recovery due to an extended contraction phase.  Taking into account Ray Dalio’s work, when the banks do retrench, they may retrench further and longer than the GFC cycle increasing the size of the credit gap over the prior cycle and further delay the prospects of early expansion.

Alternative credit lenders will fill the financing gap when it is more cost effective than equity.  For companies with existing banking relationships now more than ever is a great time to shore up your balance sheet.  Banks in concert with government programs have flexible capital available at historically low costs.  This credit will run out in 2 or 3 quarters so take advantage now before the prospective credit contraction.  For companies looking to take advantage of new borrowing for M&A or expansion, there will be less bank interest in new loans and alternative credit providers will be a more likely source of capital.